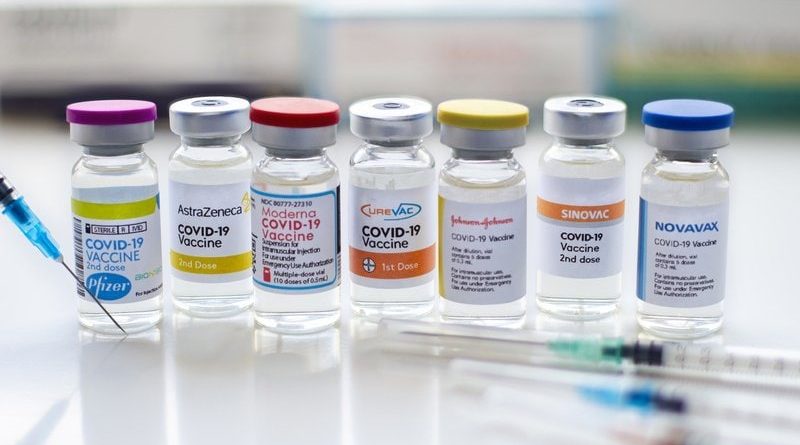 A side-by-side look at the three vaccines authorized in the U.S.

While direct comparisons can’t be made because head-to-head trials don’t exist, people are questioning how the three COVID-19 vaccines authorized in the U.S. stack up.

Below are the key characteristics of each of those vaccines. This list will be updated as additional vaccines become available.

Efficacy: 95% at least 7 days after dose 2 in initial trial data. The company reported updated 6-month data showing the vaccine had 91.3% efficacy for those fully vaccinated, and was 95.3% effective against severe disease, as defined by the FDA.

Side Effects: Most common were fatigue and headache after both doses, with both being more prominent after the second dose. These were milder for participants over 55 compared with those age 16 to 55. In this latter group, the rates of fatigue and headache were 59% and 52%, respectively, after dose 2.

Storage: Ultra-cold freezer required, -112ºF to -76ºF (-80ºC to -60ºC) for up to 6 months; FDA recently agreed to allow storage of frozen, undiluted vials at standard pharmacy freezer temperatures between -13ºF and 5ºF for up to 2 weeks.

Variants: lab studies have shown that the South African (B.1.351) variant may reduce antibody titers by two-thirds, but an analysis of phase III trial data from 800 participants in that country show 100% efficacy against infection, albeit with a wide 95% confidence interval (lower bound 53.1%). Similarly, data from Israel showed the vaccine remained 97% effective against symptomatic disease, hospitalizations, severe illness, and death when the B.1.1.7 or “U.K.” variant was highly prevalent in that country.

Pfizer is studying a third “booster” dose of the original vaccine against this variant, as well as evaluating a variant-specific vaccine with a modified mRNA sequence.

Number of Doses Contracted by the U.S.: 300 million

Efficacy: 94.1% at least 14 days after dose 2 in initial trial data. In 6-month follow-up data, efficacy dipped to 90% against all infections, but was greater than 95% against severe disease.

Illness was defined as having a confirmed positive COVID-19 test and at least two of the following symptoms: fever, chills, myalgia, headache, sore throat, new olfactory or taste disorder; or at least one respiratory sign or symptom including cough, shortness of breath, or clinical or radiographic evidence of pneumonia.

Variants: No clinical data; lab studies found no significant impact on neutralizing antibodies with the U.K. variant (B.1.1.7) but a six-fold reduction in neutralizing antibodies with the South African variant (B.1.351). Moderna plans to test a variant-specific booster candidate, a multivalent booster candidate, and a third dose of the original vaccine at 50 μg.

Number of Doses Contracted by the U.S.: 300 million

Efficacy: 72% in the U.S. and 66% globally against moderate-to-severe disease; 85% effective against severe disease, 28 days after a single dose in initial trial data. Published data remained similar.

Number of Doses Contracted by the U.S.: 200 million

Pause: On April 23, the U.S. lifted a temporary pause on administration of the J&J vaccine, which had been implemented due to concerns about the increased risk of thrombosis with thrombocytopenia syndrome (TTS). After review, the CDC’s Advisory Committee on Immunization Practices voted to recommend the vaccine for all adults. The FDA EUA fact sheet now warns of the risk of TTS. 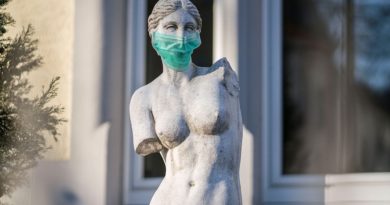 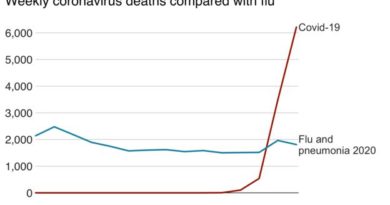 Assessment of Deaths From COVID-19 and From Seasonal Influenza 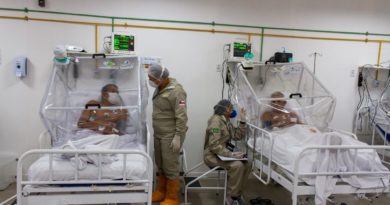